My interview with Stewart Home on his latest novel, Mandy, Charlie & Mary-Jane 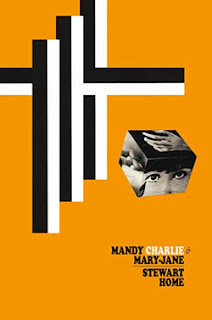 Stewart's latest novel, Mandy, Charlie & Mary-Jane, comes out February 26, 2013. Here's a teaser from an email interview I did with him about this book.

For the full interview, just follow the link: http://www.opsonicindex.org/nonfiction/shinterview.html

The Function Room by Matt Leyshon: A Review and and Interview 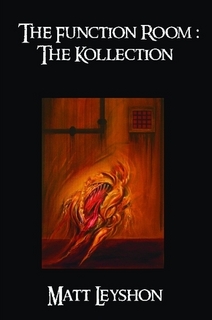 The Function Room: A Kollection
by Matt Leyshon


The Old Gods demand blood. And Matt Leyshon delivers that sacrifice in his short story collection, The Function Room: A Kollection. This book is a series of loosely connected stories set in the rural town of Leddington. Unfortunately, this town is also home to the Function Room, literally a gruesome esoteric temple space that exerts control over the town and it’s inhabitants. It’s where our nightmares and our waking lives share the same space, where the real becomes surreal and the surreal, real.


Leddington is a place where a man is skinned alive and then saved by crows that imbed their feathers into his flesh. Following up this theme, a flock of birds enter the mouth of a man until his body becomes bloated like a sack of potatoes. Then we have a butcher who murders an elderly patron in a momentary outburst of rage, an act that eventually propels him into a close association with the Function Room. Throw in a few vivisections, blood sacrifices, zombies, a transsexual, and a room comprised of meat and sinew that would make the Cenobites feel at home. This is the world that Leyshon invokes.

Leyshon has a very fluid, readable style that draws the reader into the story and moves the action along. His poetic descriptions evoke a surreality dripping with filth and viscera and push the grotesque to the limits. That said, it does not come off as gratuitous. The vivid descriptions serve the narrative and move the story along.

Personally, I feel the strongest stories are those, which deal with the Function Room directly. This is where the surrealism and the gore are at it’s most intense. He shifts to present tense in some of these stories, which helps to create a sense of immediacy in the action. He also uses the second person “you” for some the pieces. I’m not usually a fan of this perspective, but it works here to connect the reader to the story, which itself can be distancing due to the dream-like nature and the violence. The Spicer stories are also interesting. The writing here is crisp, reminiscent of a hard-boiled style. My only quarrel with the two Spicer stories is that they were too short; I wanted the action to continue and I thought he could have mined the stories for more.

This is an interesting collection. I’m not an aficionado of horror in print, but this book is definitely worth a read. There’s stuff for the gore hounds as well as for gothic fans. For me, Leyshon evokes Clive Barker, H.P. Lovecraft and, oddly enough, Matthew Stokoe’s Cows. And that’s not bad.

When did you start writing?
I’ve only quite recently started writing fiction seriously and The Function Room: The Kollection is my first book. These stories are mostly from 2011 which was a very productive period for me when I was writing a new story almost every week. The Function Room story itself however is from 2008 and is one of my first efforts at writing a short story.

What writers, books and/or movies influence your writing?
I’m not consciously influenced by films but I’m very aware of some writers who have inspired me: W. G. Sebald, Cormac McCarthy, William Burroughs, Iain Sinclair, and John Burnside to name just a few. It is because of writers like Stephen King and James Herbert that I write horror, as I enjoyed their books as a child, but they’re not writers I especially admire nowadays. But there are many horror writers that I do like: Thomas Ligotti, Ramsey Campbell, R. B. Russell, and Rosalie Parker for example.

How did this collection of stories come together?
I had number of stories printed in succession in Morpheus Tales magazine and so they proposed the idea of a putting a collection together. Although they had published anthologies before, this was to be their first single author collection. Some of my other favourite stories were tied up contractually to anthologies so a best of was off the cards, but a book of connected stories seemed a good idea. The stories published in Morpheus Tales magazine had all been set in a fictional town called Leddenton so my idea was for a collection of stories that were all set there.

What themes tie the stories in The Function Room: A Kollection together?
The theme that I think keeps coming up in these stories is that nature is mysterious. Tied in with this is the idea of time being non-linear. I also suggest often that the usual laws of cause and effect can be illusory and so in every story you will find magic; the will of the Function Room, or nature, being exercised upon the characters and the world around them.

The descriptions of the gore are vivid and intense, and still poetic. What are you trying to do with this? Have you received any pushback or complaints about the content?
The presence of gore is at least partly reactionary to mainstream horror’s current fascination with subtlety, but also because of the impact it had on me as a young reader (reading books by writers like Shaun Hutson), and still can have upon me as an adult reader in works like Reverbstorm by David Britton and John Coulthart, for example. But my work is not always as graphic as the stories in this collection and whilst I’ve had my share of rejections, none have been specifically because of the gore content. In fact Morpheus Tales have often asked me to make things more violent and offensive, not less! The poetry that you mention is perhaps also reactionary and does hopefully feature in all my work; it is something that I find lacking in a lot of contemporary horror which is so often about pared down prose, passive authorial voices, and free indirect narratives which tend towards making the reader do the story telling.

At the end of “The Rape Waved Yellow”, you shift from past tense to present tense. There is a similar shift in “Who Begat Crow Man”, and again in “Sac.” What were you getting at with that shift?
Although there are obvious problems using the past tense in fiction, I find that the shift to the present very effectively draws the reader into the action. Also it can be disorientating, which is useful in this collection where I’m quite deliberately challenging the reader’s perceptions of time.

You seem to be playing with time and the roles of character. It seems that in Leddington, time is fluid. And the characters either become reprogrammed by the Function Room or are recast in different roles. For instance, Carla is under the knife, so to speak, in “Sac” and she reappears later in “The Blood Promise.” Or we see Maudlin literally filled with live birds in “Who Begat Crow Man” where he is saved by his friend Spine; we encounter them years later in “A Development” where Maudlin plays the gracious host to Spine. Can you go into this a bit more?
The most honest answer to this question will perhaps disappoint; most of the stories weren’t written with the intention of being collected together and so continuity was never considered when I was writing them. But what you say of Leddenton is true; time is fluid there and the characters can be recast – Leddenton is quite obviously not real and so in a sense continuity does not matter, in fact its absence benefits the overall work, making the town even stranger. But from another angle, I think in life we often encounter and re-encounter people cast from the same mould and so in fiction they might as well be the same person, over and over again.

What is your experience publishing through Smashwords, and Lulu, etc? Why did you go that route as opposed to a more traditional one?
I don’t really have any experience of either except to say enough copies haven’t been shifted yet for me to receive a royalty check from the publisher. Personally, as a reader, I’ve bought from neither, though I do shop in the kindle store. I think e-books are great as long they’re priced appropriately. I don’t buy paperbacks at all nowadays, it’s either hardback or e-book.

What else are you working on?
I’m working on a piece inspired by HHhH by Laurent Binet, it’s about a quest to find Arthur Machen and Edward Lucas White.

And for those process nerds, what tools, programs, etc. do you use in your writing? Do you write longhand first or do you dump it straight onto the computer?
At the time that these stories were written I was writing pretty much every evening and into early morning. The stories here aren’t quite as spontaneous as Kerouac’s, but the editing is only light and they were written quickly, as I’ve said. A story now takes me months to finish; partly because I’m writing less, but also because I’m editing more. Every 2 weeks I have at least 1 full day of writing at the computer with the house to myself. Typically I will spend 10 hours typing up the handwritten notes that I’ve made since the last writing day, and bringing everything together. There is an OULIPO program I’ve used a few times for noun swapping, but it wasn’t utilised in The Function Room: The Kollection. There’s a cut-up generator online that I’ve used too, but again, not in the stories collected here.