Our Art, Our Streets, Piss Off 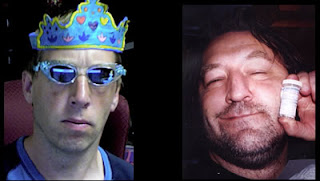 Our Art, Our Streets, Piss Off
Avant-garde art organizations and their supporters clubs

For the first time in a decade, two former members of the notorious ultra-violent firms the Dumb Fucks and the Dunbar Goon Squad face off, but this time on the stage, not the street. Jack “Pez” Walker (Dunbar Goon Squad) and Terry “The Major” Hawkins (the Dumb Fucks) will debate postmodern theory, magick and street violence.

Reg “The Professor” Johnson will kick off the evening with a short history of the firms, and explain how they were modelled on English football supporters club. He will also outline the role of these firms, through their violent support of their art organizations, in bringing avant-garde art to the streets.