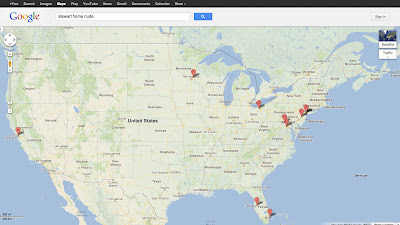 …and all I got was this T-shirt


I recently won a contest put on by the Sneaky Dragon podcast. Hooray! The hosts, Ian and Dave, challenged their listeners to give them a single topic which they had to stick to for a whole show. And it's a challenge they will never give again.

I suggested the topic of the "clip show" which ended up being chosen for the show.  As it turned out, this episode was dubbed their "most boring show ever." And that was by one of the hosts!

Failure remains an integral part of my art (and life), and I'm proud that I was part of this horror show in some way.

Head over to iTunes or to www.sneakydragon.com to check it out. Sneaky Dragon is hosted by Ian Boothby and David Dedrick. It's a stream of consciousness comic romp through pop culture, comics, literature, TV, movies and tender memories of youth.
Posted by Rev. Michael Roth at Sunday, July 22, 2012 1 comment: 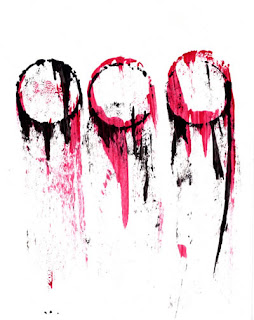 Another interview about Memphis Underground? We all know MU is a fictional book which is itself a work of fiction. Or work of autobiography. (Same difference.) Anyway, I read somewhere on Teh Interweb that this interview is actually a mashup of Hello magazine and The New York Times Book Review with some philosophical bits from AVN thrown in. I don’t believe everything I read, as I only read things I believe.

To answer your questions: 1) No. The photos do not feature anyone under the age of 21 (including the doll). However, there are several over 65. 2) No, the photos do not contain anything illegal.  Ill-advised, perhaps even ill-prepared, maybe.

I apologize for the confusion.

It’s been a few years but Orpah is back with another selection for the ever popular Orpah’s Book Club. Orpah knows everyone will be relieved to have some intellectual direction in their lives again. The new selection is Parasite Vol. 1 Parasite Lost by D.M. Mitchell.

“This is a very interesting biography from Mr. Mitchell. As someone who is active in all media, I am very well acquainted with the blending of fictional narratives (from TV, movies, etc.) with my every day reality. I am not a proponent of consensual reality. I don’t give consent for people to come into my reality; that’s a privilege they need to pay for.” – Orpah

This interview is too long! Very un-Web 2.0. Our attention spans cannot last beyond a few quick lines at best. That said, I appreciate the mentions of Clarence Cooper and Ann Quin (two underrated/forgotten writers) as well as Kung Fu vs. Yoga. Anyway, I thought somebody else wrote Memphis Underground.

Comment response to Stewart Home Gives You Better Orgasms! An Interview With Playground and A Dangerous Method. Posted Feb 25 and Feb 23 2012, respectively.

But I did read it

Summaries are what blogging is all about! The replacement of content with something empty that resembles content. Toot toot! Number one is a good place to start and certainly true; I see things after a good cuppa. However, my personal favorite is number 8 as I've been uncreative for years!

This instant blog approach is breaking the way for Web 3.0 - No content at all!

Due to a busy schedule, I’ve been behind reading some of my favorite blogs. As I was catching up on Stewart Home’s blog, I noticed that the comment section had been closed, so I could not leave my usual stupid, meaningless message on the board. I decided that I would write the comments here on the blog instead. Here we go.

My favorite is Jacques Rigault, although I am disappointed that he did not make the list. This is tempered with the inclusion of Arthur Craven, every hipster’s favorite “suicide.”  Also, I am glad to see that Ann Quin made the list. You do not see many women making it onto top ten lists and her inclusion is truly admirable. 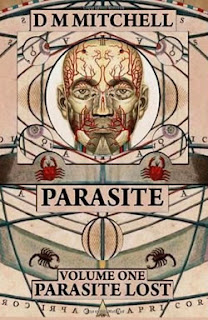 Parasite by DM Mitchell
(2011: Paraphilia Books, 9781453819302)
Parasite began as a series of increasingly wonderful and bizarre blog postings on MySpace several years ago. Later, the project evolved into book form. So, what is the story about? Well, it begins with a simple visit to the doctor’s office. From there, the book details either a dream, or a descent into madness, or a regular day (week? year?) in the life of an average bloke. You decide. After the book came together, David asked me to write the introduction. I was honored to do so, although I had reservations. I thought that there were others who were much better qualified than I was for this project. Dave thought otherwise, and the rest is history. Thanks Dave!

For ordering information, check out the Paraphilia Books website - www.paraphiliamagazine.com.
Introduction
My Demon Brother and I have a little game. The goal is to see who can be the first to induce a psychotic break in the other. The first foray in this game was a performance of Abremelin’s ceremonial invocations over a 19-day period in a room lined with mirrors. In the end, there was no clear winner. So we continued, pushing ourselves further. And while this game has given our lives meaning, it’s not all shits and giggles. I have come close to having my identity dissolve into the black fog. Also, now when I look into any mirror, I see a large black beetle staring back. As a former hooligan, I am used to street violence and intimidation. I’m not easily shaken. But there were times my Demon Brother pushed me to the brink. Fortunately, each time I was able to claw my way back to the comfort of consensual reality.
You can check out the full intro at the Index.
Posted by Rev. Michael Roth at Friday, January 06, 2012 3 comments: